A few weeks ago, one of my dear clients sent me a gift, a thick and old book on Japanese swords, basically with the words: “I got this one but it makes more sense in your hands than in my library. Maybe you can get some valuable information out of it and share them with all of us.” Thank you very much Mr. D.! Now browsing through the book now and then over the last weeks, I found some highly interesting information but first of all, I realized again how tough it actually is to translate period Japanese sword texts. In this article, I want to give you an understanding of my daily struggles and walk with you through the different layers of challenges that I and others are facing doing this kind of stuff. Before we continue, I want to state that I will introduce the title of the book, its contents, and more details about it in the future but suffice it to say, it bases on period sword literature from the Momoyama to early Edo period that goes partially back to the Takeya (竹屋) system of sword knowledge (for some basic info on the Takeya family, see this article here). 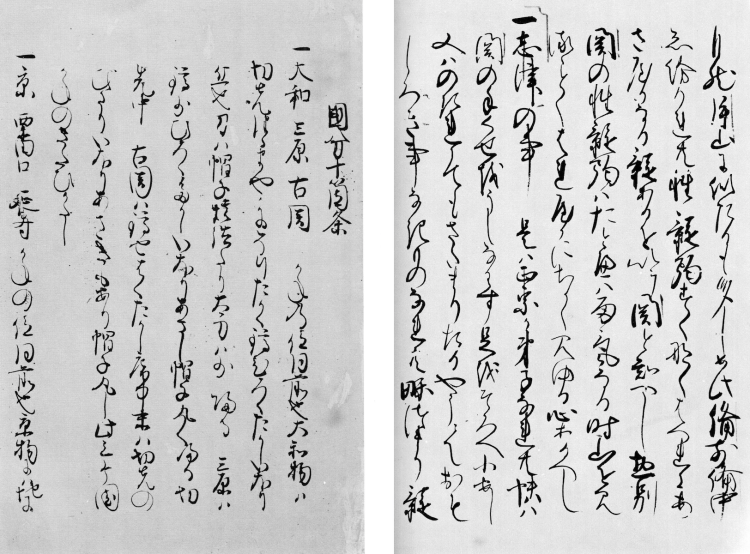 Now the very first challenge is of course being actually able to read/decipher the characters of a text like the two above. For this, you need to know how a Japanese/Chinese character, a kanji is written, i.e. the stroke order and how strokes merge and/or are omitted when writing them in semi-cursive or cursive (grass) script. The former, knowing how a kanji is written, is relatively easy to learn but the latter, being able to grasp the semi-cursive and cursive script, takes some years. This is basically the same challenge as it is with handwritten period Western texts from let’s say the 1700 or 1800s. You just have to learn it. Short anecdote: Some years ago I visited an exhibition in Japan that focused on the early Meiji period and there were letters on display written by some Germans working in Japan at that time which I could not read (I am Austrian as most of you know, so German is my mother tongue). But I was able to read the handwritten letters of their Japanese employers…

If you are able to handle challenge one, the reading/deciphering of the kanji, challenge two comes into play which is making a sense out of what you got. For this you have to understand the Japanese writing system, which you probably do when being able to master challenge one, but for those who don’t, I will explain. The Japanese writing system uses Chinese characters, the kanji, and combines them with a pair of syllabaries, hiragana and katakana. In short, a Japanese sentence usually contains a mixture of kanji and hiragana/katakana, the former representing a certain term and the latter supporting the meaning of that term, having grammatical funtions, and representing particles, just to keep it simple here. To quote Wikipedia in this respect: “Because of this mixture of scripts, in addition to a large inventory of kanji characters, the Japanese writing system is often considered to be the most complicated in use anywhere in the world.”

But wait, there is more. Kanji can also be kana syllables. Yes, you read that correctly. We are talking here about so-called man’yōgana (万葉仮名), a writing system that employs kanji to represent phonetical syllables in the Japanese language. This approach was by the way the origin of the hiragana and katakana alphabet, that is, Chinese characters used to represent a certain phonetical Japanese syllable were written in more and more cursive ways and ended so up as the simple hiragana and katakana we all know today. Just to give you an example, the picture below demonstrates how the character bi/mi (美), which means “beauty”, became via its cursive style of writing the hiragana syllable mi. In other words, if this character appeares somewhere in a period Japanese text and doesn’t make any sense at all in that context, it might just be there substitutional for the sylable mi. So for example if you come across the characters (黒美) in a period Japanese text, they most likely don’t mean “black beauty” because the second kanji is just there for its reading mi. That is, the word is kuromi (黒み), which means “black tinge”, “blackishness”, etc.

This brings us back to the first picture, the example I am using in this article, and I want to focus on the left four lines of the text on the right. So, if you truly master challenges one and two, you might be able to read/decipher these four lines as follows:

I want to pick out one word to demonstrate what we just did, the third word in line two, ushinawazu. This word means “is not lost” and would today be written as (失わず), or just with hiragana syllables as (うしなわず). In the period text in question, the syllables na and wa have been replaced with the kanji (奈) and (者) which also read na and wa respectively. Apart from that, you also have to know when a syllable is voiced as those little voicing marks, the dakuten, are usually omitted in period texts. For example here, the last syllable zu is written with the hiragana syllable su (す) and you have to fill in the blank and “make” it into a zu (ず).

If you are still following, this is already pretty difficult so far and to bring that all together smoothly, i.e. being able to recognize, understand, and translate such a text, it takes many many years of studying.

But that is still not all. I picked this text because it contains another nasty little challenge, and that is, it contains so to speak “made up fantasy characters.” Yes, you read that correctly again. The example features three of them which I had to put into Japanese quotation marks 「 」 (and mark them with an asterisk in the picture) because as they are made up as mentioned, they are obviously not available as computer-typeable kanji.

The first one is shown in the picture above. First you would assume some character with the heart radical (忄) to the left, maybe this one (怽). But this character is very uncommon and not in use in the Japanese language. Well, it is used in Chinese but its meaning “a troubled/confused heart” doesn’t really make any sense in this context. Next thing to assume would be that it was used for its phonetical reading, which is mí or mò in Chinese but mi or mo don’t make sense either at this place in the sentence. To cut it short: The “character” in question actually consists of the three katakana syllables ya (ヤ) to the left, ki (キ) on top right, and ha/ba (ハ) written around ki. You get it? The term we are looking for is yakiba!

So, making up a character from syllables was totally a possibility back then, even if there exists a just kanji combination for yakiba – (焼刃) – which is not that difficult to remember at all. That is, if you are able to write a book on swords that contains hundreds of other difficult characters, it is not about that you can’t remember the kanji for yakiba and have to make them up. We are just dealing here with customs that were handed down within schools of sword knowledge and we find made up characters like that all the way back in the oldest, pardon, second oldest extant sword document, the Kanchi’in Bon Mei Zukushi.

Back to the second of them (see picture above). Here you see the character (田) to the left and something like (禾) to the right but again, this combination doesn’t exists as a kanji. This time we are facing the combination chi/ji (千) on the left, ha/ba (ハ) written around that at the bottom, and ta/da (田) on the left, at least we had this initially correct… And with filling in the blank and adding the voicing marks in your head, you arrive at the term jihada! 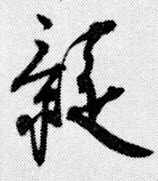 The last one (see picture above) is even more tricky. In this case, the left part of the character is kei (景) which means “scenery” but the part on the right doesn’t even exist as a character by itself. Here you just have to come across some explanation (like I did with the book in question) one day because without that, I guess it is impossible to figure out that the kanji you see above stands for nie, which is usually written with the character (沸). Another way to write nie in this sense of made up characters is combining the two katakana syllables ni (ニ) and e (エ), or ni (ニ) and we (ヱ) (see picture below). On a normal day, you would think of reading e (江) here, as in Edo (江戸), or gō as the abbreviated character for Gō Yoshihiro’s (郷義弘) Gō (江). Big head scratcher again if you are not aware of the existence of made up characters and how they work.

In conclusion I would like to say that if you want to translate period Japanese sword texts, you have to go very deep into the matter of the language, the subject of the sword, and the historical background. But if you do, it is totally worth it because in my opinion, getting a better and better understanding of the subtleties in another language is the best way to develop a decent understanding of the way of thinking and of the mindsets of the people who wrote these texts in the past. Also with translating poems and understanding their sometimes obvious, sometimes highly sophisticated allusions via not only the language itself but the deliberate use of certain characters, you get a grasp of the entire whole of the nihontō that just learning features in the steel can’t deliver. But this is something you really have to invest time and energy in, and probably need a teacher, so nothing you can just tackle at the side. The icing on the cake after many years of blade studies if you will. I am now studying Japanese for exactly 20 years and translate for about 15 (first as a hobby and 10 years now full time as my job), and it still feels as if I just have pushed open a door, a significant door maybe which makes you aware that the doors you have opened so far were nothing compared to what is still out there… 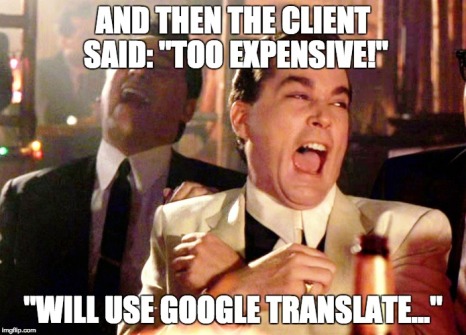