A while ago, I promised you dear followers and readers a report on my job at the new Samurai Art Museum in Berlin. After returning from the official opening the other week, I thought this should be a good opportunity to give you a little insight into that venture. First of all, you have to understand that I am only a small cog in the wheel of the superb museum and several other experts (e.g. Dave Thatcher, Zenon van Damme, Thomas Schulze, Ian Bottomley) are involved to make this all happen and I will go ahead with a kind of chronology of events from my very personal perspective. 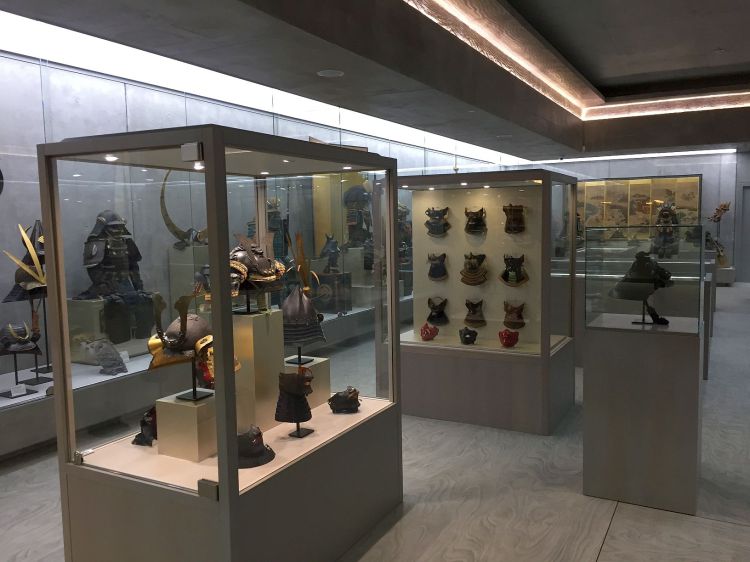 The initial contact was made by the Japanese sword and armor dealer Thomas Schneider and in April 2016, I got personally in touch with Mr. Peter Janssen, the collector and the owner of the museum, who subsequently commissioned me with a documentation/cataloging of all the objects in his collection. The museum was still in its building phase at that time so the first possible date for me to actually visit the facility was in February 2017. Mr. Janssen had sent me pictures of some of the highlights of his collection in advance but boy was I impressed when I entered the gates of the museum for the very first time: What an impressive place and what a consistently high quality on display! Most of the armor-related objects, i.e. full suits, helmets and face masks, had already been put up in the showcases, that is, the objects had already been moved from Mr. Janssen’s private estate to the museum before I showed up in February. Now I was there for a week so I immediately started to take pictures and notes of all the objects in the showcases and the storage rooms. This task occupied two and a half days and fortunately, my friend Uwe joined me later that week with whom I was going once more through the cabinets to check which items (mostly helmets and masks) are signed.

The remaining two and a half days were then spent on documenting the swords, over 170 in number, most of them in koshirae. The sword part was tough too as (of course) every single sword had to be fetched from the storage shelves, photographed as a whole, photographed drawn and with the hilt off, and photographed in detail, e.g. blade details, signature, tang, hilt, tsuba, saya, etc. All in all, I was taking more than 4,000 pictures that week, not even touching the tôsôgu collection as there was just not enough time at my initial stay back in February. The job was aggravated by a nasty cold that I suffered from and I surely drove the whole team crazy with my coughing fits 😉

Back home I started to work at the documentation/cataloging and I honestly have to admit, I underestimated the job, for example when it comes to determine certain materials like gold/brass or iron/shakudô. Also, I took pictures of the armors already put up in the showcases as mentioned, so sometimes it was difficult back home in my office to judge subtleties about e.g. cuirass constructions. Anyway, aim was first and foremost to record the entire collection as details are being worked out as we speak. I did assessments/documentation/cataloging of collections before but not to that extent (at the time this post is written, we are talking about 700 objects!). So, lesson learned.

That said, I have to refer to Mr. Janssen, Peter, once more. He made sure that all parties involved were lacking nothing when working down in the museum (it is subterranean). Staying at the very facility, we had breakfast, lunch, dinner, and coffee breaks (with delicious cake) throughout the day (as well as movie nights in the in-house movie theater). And fun of course as – and I take the liberty to speak for all of us – we had an excellent time.

Peter and Ian putting the important Katô armor back in the showcase that Dave relaced.

This brings us right to what is going on from here. So, the museum just officially opened on October 5, 2017 and if you want to get some impressions from the opening, please check the Facebook page of the museum here. Before anything else, Mr. Janssen hired Ms. Martyna Lesniewska as a curator who is now working (amongst other things and partly on the basis of my cataloging) on making the museum and its exhibits accessible to the viewer and to convert my humble writings into a curatorial system. It is amazing to see how thoroughly Martyna has thrown herself into the field of Japanese arms and armor and I am sure she will do an excellent job at the museum! Also catalogs are in work although the content and extent has yet to be determined. I will keep you updated. Apart from that, and this is a very important point, Mr. Janssen is eager to make the museum an event venue and hub for international research and activities in this field, beginning with The Gathering 2 in May 2018, although I think that there is a NBTHK-EB meeting taking place before that time. The museum is in my opinion predestined for these events/meeting, for the following reasons: 1) It is a privately run facility, so no government clearances/bureaucracy necessary. 2) It is solely dedicated to the field, i.e. no “also ran” department cramped into for example a local museum. 3) The collection is enormous as mentioned. You can believe me, there is plenty to see and enough stuff available to fill many many focused study meetings in the future. 4) Berlin is kind of central for international visitors, e.g. from the UK, Scandinavia, France, Italy, and Eastern Europe and it goes without saying a location worth visiting by itself. So planning a family trip or elongated weekend around one of the future events kills two birds with one stone. 5) Last but not least, Mr. Janssen is a very generous gentleman and he will make sure that events/lectures will be very worthy to attend.

So, check out the homepage of the museum linked at the beginning, get in touch with me if you have any questions that concern my job at the museum (otherwise I may ask you to contact Ms. Martyna Lesniewska through the museum website and consult the NMB and Facebook here and here for upcoming events). I hope that some of you can visit the place in the future, and hey, take it easy: The museum literally just opened 😉 Final words: I am glad that I was able to see so many of my friends again at the opening! 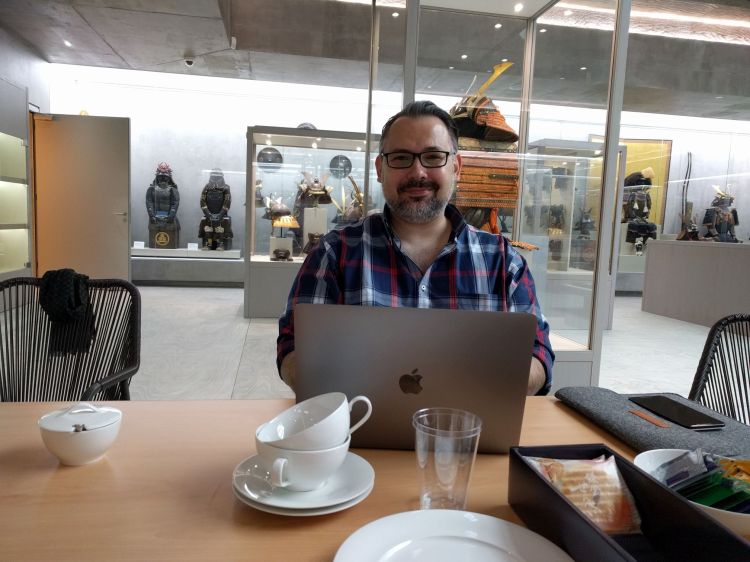 PS: The pictures are a mix of mine and what I have received from friends. To be honest, I forgot who took which picture so please let me know if one of them is yours and you don’t want to have it online. Thx.