I have said this several times: Delving into the world of nihontô makes you aware of parts of Japanese history you probably wouldn’t have thought about, ever. Looking for something in particular in my files the other day, I came across a translation/research I did seven years ago.

So this is the background: I was approached by a friend of mine from Bavaria who knows someone who owns a Japanese sword in shirasaya that has an inscription, i.e. a sayagaki. Obviously I was asked to translate the sayagaki but I have to admit, it can’t provide any pics here because I got the inquiry via real physical photos and I never scanned or copied them before they were returned.

Anyway, I don’t remember if the blade was signed or attributed but it was a work of Sa Akikuni (左顕国), a student of master Sa Yasuyoshi (左安吉) who was active in the early years of the Ôei era (応永, 1394-1428) and who had moved from Chikuzen to Nagato province. So his name was noted in the sayagaki and was followed by the following inscrtiption:

Now translating the brief dedication was not very difficult of couse but having a katakana transcription of a Western name that is just of three syllables made me doubt about finding anything on this person. However, I am from Austria too so I became ambitious about who he was. The age of the shirasaya and writing style of the sayagaki seemed to be Meiji, what would have been a match with my initial assumption that the person might have been one of the so-called oyatoi gaikokujin (御雇い外国人), a foreign government advisor in Meiji Japan. Next and always the first step, just google the name on Japanese Google, and well, just throwing in the katakana レルヒ already came back with a hit: Not a oyatoi gaikokujin but I was not that off. He was an official coming to Japan a little bit later than the oyatoi gaikokujin, Lieutenant Colonel Theodor Edler von Lerch (1869-1945), the guy who was the first to properly introduce the art of skiing to Japan, in 1911. Wow! So he was presented with a sword in Japan, obviously took it home, and it would be interesting to know how it ended up in Bavaria.

I will provide some links for further reading on my fellow countryman below because I don’t want to rehash. I just thought it would be interesting to post this little anecote on my blog after stumbling upon this seven years old research of mine the other day. 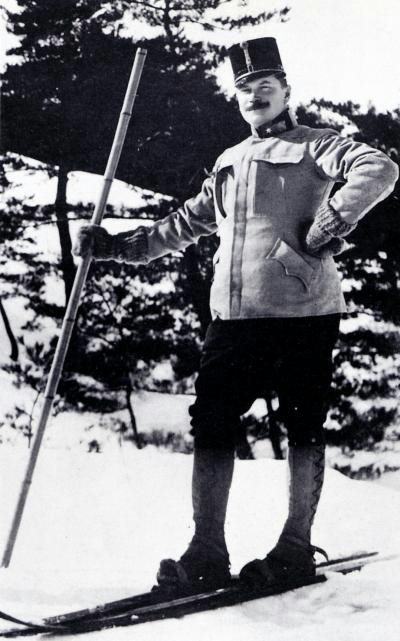 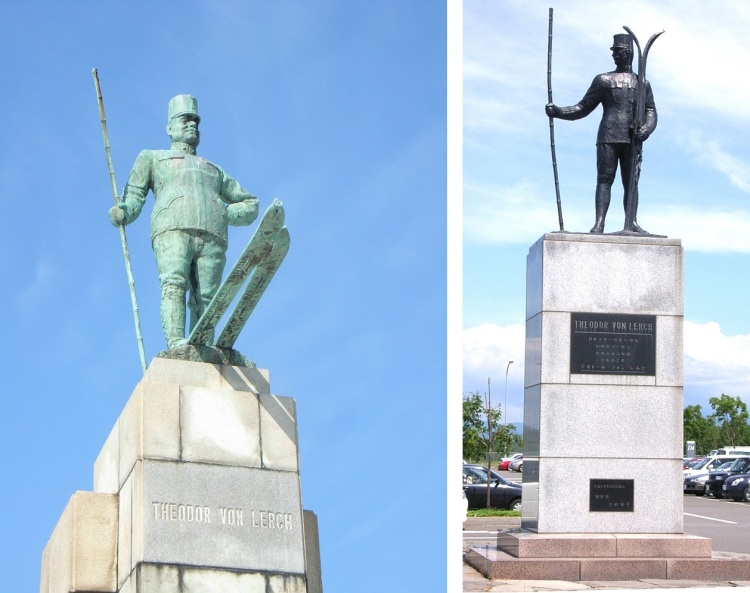 Picture 2: The two bronze statues of Lerch in Japan, one at the Kanayasan Ski Resort (left) and one at Asahikawa Airport (right). 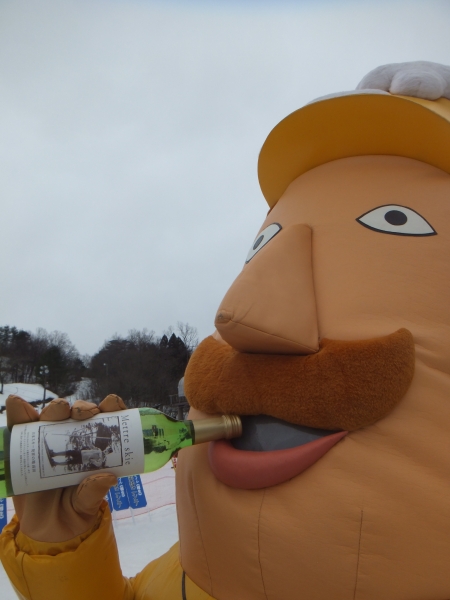 As mentioned, isn’t it fascinating what you come across by dealing with Japanese swords? That way, I had to dive into the world and history of Japanese barbershops, ramen noodles, sake brewing, weird delicacies served at a tea ceremony, the Portuguese entering the Indian Ocean, pirates, the entire Silk Road, the development of howitzers, the anatomy of skeletons of certain fish, and so much more. What a fruitful job and activity!